33 Photo Shots that are Rockin Awesome

To celebrate this year, I’ve decided to look back at my past photography shots picking some of my favorites, to be exact 33 of them.

This exercise has helped me appreciate the years I’ve had here along with giving me fuel to keep taking more inspiring shots. Below is my list with a snippet about each photo. I hope they bring a smile to your face 🙂

Beya a Piece of My Heart

1. Location was at the state park in my small hometown. I chose this outside setting because she is in her natural element in nature. I liked how the blue water matched the blue bench connecting it all together with the trees receding in the back giving you depth to match her deep gaze.

Beaumont who is our Faithful Family Dog

2. We thought we could never replace our first pug but he won us over. This is a simple setting one tone background, keeping the main focus on him.

Luna and her Mother

3. Luna was the sole kitten born, pretty rare for cats. They were inseparable and identical in personality. Caught this sweet moment of them curled up together on my table. I like how they seem to be molded together showcasing their strong bond.

4. He may be tiny in size but big in attitude. He is my step dad’s dog who protects him anywhere they go. Because of his funny expressions, I created a funny comic style with what I believe he was thinking at that moment.

My Sister and Brother at Enchanted Rock

5. Enchanted Rock is one of our favorite family hiking spots. I liked capturing the two in stride into the wide blue sky.

Sunflowers in my Neighborhood Backyard

6. My area still contains vast pieces of land which is little by little being taken over by homes. I’m glad I was able to catch this wild free thing before they have the chance of disappearing.

7. My first flower bush that I planted in my very own yard. I chose these because of their flowers that produce my favorite color. I focused on the flower upfront to view it’s details.

Hummingbird in my Backyard

8. My dad introduced me to the love of hummingbirds. As soon as I placed this feeder outside they came swooping in. One evening I remember sitting out in my backyard having hummingbirds flying right past me to the feeder. It was a magical moment.

9. I love riding the country roads just gazing out the window catching the various animal life that we have. I took this shot because of the way they were sitting next to each other in sync.

11. Tractor for show at the annual Fredericksburg, Texas Fair.

12. This man performed at the fair. He has lived the country life all his life and to this day he still enjoys what he does. That is one of the keys to life.

13. Trying to catch a seagull. The beach is a part of me, I grew up partly at the beach when visiting my mom’s side of the family in Honduras who lived next to the coast.

Seagulls by the Shore

14. More beach life! Loved how they were gazing all at the same direction into the sea.

15. Beautiful living creatures in the sea. This sea urchin was found in Hawaii, a trip come true which is now off my bucket list!

15. I wanted to catch the blue sky touching the blue water as if coming together into one form with the mountains on opposite ends which almost look like giant turtles swimming in the sea.

16. Parasailing is off the bucket list as well! I liked how I had the shapes seem almost 2-D against what looks like a black and white background.

17. Bright colors like the rainbow make me happy, enough said.

18. Gazing out to the skyline of Honolulu, capturing a pair enjoying the vast green land.

The Stairway to Heaven in Honolulu

19. Caught people climbing up one of the highest, steepest points in Hawaii. I like the contrast of all the greenery with the white stairs standing out having pops of colors of people hiking up.

20. My mother’s home country where for the first time we had her and her family see the ruins. I tried to be on the highest point to take in the vast deep land’s richness.

21. My first trip to Chicago. These boats were near the ferry on Lake Michigan. The pattern within a pattern is what made this a great photo.

The Bean in Chicago

22. Had to capture the iconic Bean! Wanted to emphasize the reflection of the skyscrapers. These skyscrapers is what makes the city unique.

23. Capturing the music that is all around my current home city, Austin, Texas. It’s as if these live people are actually a part of the mural, can’t tell who is really alive and ironically it was in front of the sign that reads “Live Music”.

25. What is Austin without a picture of food from a food trailer! One of the best hot dogs in town.

27. Pre-party on Congress Avenue for the X games. Competing among other larger cities such as Chicago, we were chosen one to be the host of the X Games.

28. The people of China Town in Austin, Texas celebrating the new year in the most brightest animated creatures I have ever seen.

Woodworker at the Hawaii Market

29. Caught this man in his element chipping away into the core of his passion at the weekly Hawaiian Market Plaza.

30. My trip to Hawaii happened to be around Memorial time, perfect timing to see an abundance of flags flying freely that so many people died for. I salute to these women and men.

31. My mother, my heart. The lighting cascading on her face reminded me of an angel, which I truly believe she is one herself.

32. I end with my dog, my best friend who never lets me down, who is full of love and happiness which I feel I captured at this moment.

I have decided this is the year for me to jump, to rock it out because if I don’t I will never know what’s on the other side, the side of dreams.

On my birthday, I literally rocked it out at the Macklemore and Ryan Lewis concert.  They are one of few that do not work under a record label company. Doing it their way, living their dreams and being successful at it! I realized most of his songs moved me, inspired me to be better, to treat everyone equally and to love wholeheartedly. 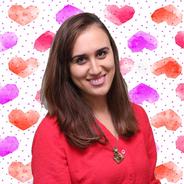